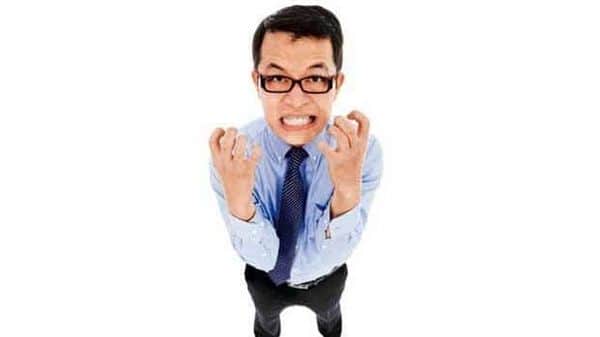 Adults have tantrums – in restaurants, on airplanes and at home. Blame the pandemic

Mr. DiDonna says he broke down. “Do you love me that much?” he barked. The other person replied; Mr. DiDonna retorted with “a pinch of four-letter words,” he says. “Afterwards, I was mortified.”

The Seminole County, Fla., Theater producer says he has a shorter fuse these days after 18 long months of the pandemic, grappling with decisions about masks during rehearsals, employee vaccinations and whether and how to continue the performances. “It’s the navigation that’s exhausting,” he says.

While it seems like more and more people are having a short fuse lately, you’re not wrong, at least not according to restaurant waiters, airline workers and customer service follow-up agents who say having seen a wave of tantrums. At home, at work and in public, many of us admit to having exploded, which we quickly regret.

According to psychologists, the whistle of the renewed gloominess of the Covid-19 Delta variant following the explosion of optimism from the spring vaccinations makes the current pandemic phase more exhausting than the previous ones. It’s getting harder and harder to empathize or regulate our gut reactions, they add.

“When you anticipate that something is going to be temporary, you are able to absorb a higher level of stress,” says Pauline Wallin, a psychologist at Camp Hill, Pennsylvania. “When things don’t go as planned, it makes us more prone to be aggressive towards ourselves and each other,” she says.

Companies that track consumer behavior observe unusually high levels of bad moods and dissatisfaction. Customer satisfaction is at its lowest since 2005, according to the US Customer Satisfaction Index, which tracks the behavior of 300,000 consumers in 46 industries. Tired consumers are thorny and demanding, and businesses may not have the resources to provide all the products and services they offered before the pandemic, says Claes Fornell, founder of data analytics firm ACSI LLC, based in Ann Arbor, Michigan, which is leading the investigation. and provides customer satisfaction analysis to subscribers.

The pandemic has caused product shortages, labor shortages and a supply problem, he says. The gap between supply and demand, combined with unusually high stress levels, generates friction that sometimes leads to aggressive interactions, he says.

Airlines have been a hot spot. The Federal Aviation Administration has opened more than 750 investigations related to unruly passengers so far this year, up from 146 in 2019.

Restaurant staff say they’re seeing more customers taking action. A recent survey of restaurant workers, including waiters, bartenders and hostesses, found that 80% of those surveyed said they had witnessed or experienced hostile behavior towards security measures against viruses, according to a survey conducted in May of more than 2,000 workers by One Fair Wage, a nonprofit organization. advocacy group and the Food Labor Research Center at the University of California at Berkeley. Reports of abuse ranged from rudeness and sexual harassment to fighting over mask policies, says Saru Jayaraman, social science professor at UC Berkeley and senior researcher on the report.

Betenase Mamuye, a 23-year-old waitress at Kaldi’s Social House in Silver Spring, Md., Says wearing the police mask is now part of her job, which makes serving matcha lattes and sandwiches very vegetarian more complex and tiring. She recently asked a customer to put on her mask when getting up from her meal, to which he replied, “That’s stupid,” she said.

Before the pandemic, “normally you would have one showdown a week and you would bounce back,” says Brandi Felt Castellano, co-owner of Apt Cape Cod, a restaurant in Brewster, Mass., Which closed for a day this summer to give to employees took a paid break after what she described as a wave of brutal customer behavior.

Her waiters withstood slurs all summer long from customers demanding to know why a table wasn’t available for them or why a cup of coffee didn’t come out sooner, she says.

“It started to affect the way the staff felt – about themselves, wanting to come to work. A sign when they closed for a day in July told customers, “If you can’t be nice, you can’t have dinner!” “

Tensions spread to other workplaces. Jessica Carlson, director of supply chain operations in Washington, DC, said she recently criticized her boss and threatened to resign. The frustrations of virtual communication with her colleagues provided the immediate spark, but pandemic stress has weighed her down for months, she says. “For me, going to my boss, crying hysterically and saying, ‘I’m quitting,’ that’s not typical,” she said. “I broke down.”

Her boss, James Wells, says he just let her talk. “Everyone has their moment when they need to let off steam,” he says. They had a quieter, more substantive conversation later.

The emotional toll from the pandemic is particularly difficult to absorb as Ms Carlson cannot rely so much on her usual stress relievers. She says crowds and masks have made gym workouts less appealing, beauty salon visits are more difficult to plan due to space restrictions, and she is now cautious with visits to older relatives.

Anthony Villane, sales manager in Arlington, Virginia, says he recently yelled at his wife after a home improvement snafu in which some appliances were improperly installed. In retrospect, Mr Villane says his anger wasn’t really about the household appliances, but arose out of the pandemic stress of the past few weeks.

Her two children are returning to school but are not yet eligible for the vaccine. He’s worried about how the Delta variant will affect classrooms and quarantines. And the family’s pandemic puppy has taken a liking to slippers. “I was overreacting to all of these external pressures,” he says.

The argument, he and his wife say, exploded after a few minutes. “He apologized without saying the words but I knew he was facing overwhelming frustration,” said his wife, Rebecca Villane. “And who could blame him.”

* Thank you for subscribing to our newsletter.

Why Covid has broken parents’ sense of risk

Why objects bring us joy