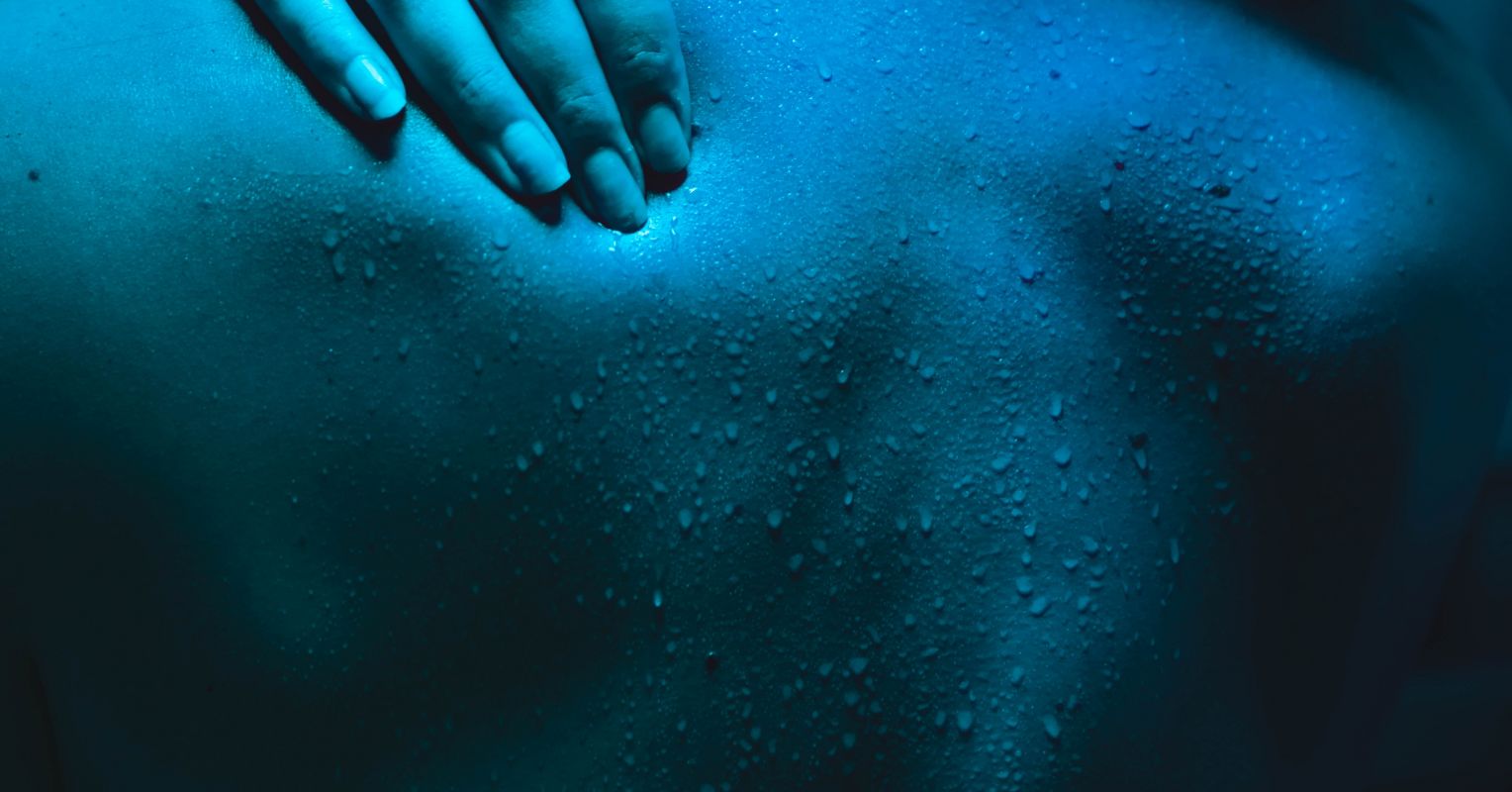 Sometimes my grief feels like a lump at the base of my throat, like something pushing from deep inside me, trying to escape.

When that happens, I scream. Hard. Strong. Sometimes I scream Tom’s name, sometimes I just make noise – a kind of primal scream, unleashing the beast. The scream only lasts a few seconds, but it provides some relief, shakes this mass. When I’m done, I take a deep breath and go about my day.

Grieving is surprisingly physical. It manifests in our body in all sorts of ways.

On the one hand, it’s exhausting. Dealing with our changed world takes a lot of mental resources, and we find ourselves running out of energy, hanging around. We may have trouble sleeping or sleep all the time. We may find ourselves unable to eat. I found out there wasn’t enough sugar or carbs in the world for me when I was in my deepest pain.

Researchers are exploring the ways in which grief disrupts our immune system. We can develop skin problems or lose hair. The bereaved are at increased risk of dying within weeks of death; studies show that you are about 20 times more likely to have a heart attack within 24 hours of losing a loved one. And if you don’t have a heart attack, you might think you do. Takotsubo cardiomyopathy, known as broken heart syndrome, is chest pain and shortness of breath that feels like a heart attack. Although researchers aren’t yet sure why this happens (and especially in women), it’s a temporary weakening of the left ventricle, the heart’s main pumping chamber, after an emotionally stressful incident. Most people recover within a month.

All of this is to say that we are doing ourselves a disservice if we do not consider the physical repercussions of grief in our healing work.

It is the physical side of emotion that inspired Paul Denniston to create Grief Yoga, his program and his book, Healing through yoga: transforming loss into emancipation, to help people physically release emotional pain.

Denniston grew up in a very religious family that discouraged the honest expression of emotions.

“If we felt sadness or anger, we were taught to give it to God, to pray for it to go away,” he says. But he also watched as his father bottled up emotions such as anger, until “suddenly they exploded and were scary to watch”.

And Denniston has seen similar trends in himself. A bullied child, he says: “There were times when I couldn’t take it anymore and I fought back. The anger was so intense, it scared me and it was harmful to others.

As he got older, he turned to drugs and alcohol to numb his feelings. Then he took his first yoga class when he was around 27 years old. “I realized that the pent up emotions I was trying to run away from were actually all inside of me.” Yoga was eye-opening.

Denniston went on to earn certification to teach multiple yoga disciplines, including Hatha, Kundalini, and Vinyasa flow. He also worked as a movement teacher at the highly regarded Stella Adler Studio for Actors. “My job was to help actors become more expressive in ways that created deeper connections within themselves and with their co-actors,” he says.

But even so, after an accident left him feeling both physically and emotionally broken, he realized: “I was always doing everything I could to numb the feelings of sadness and anger.” And that, along with the loss of a sister and a son-in-law, inspired what eventually became Grief Yoga. “I learned how to adapt a practice to someone who felt a little broken inside, both physically and emotionally.”

Release through breath, movement and sound

Grief Yoga is accessible to everyone – no pretzel poses are involved, and it can be done seated in a chair or on a mat. (Denistton’s book provides access to online videos of Grief Yoga to get you started, and he has an online community called Spark that offers a free introductory class.) As with all forms of yoga, it starts by breathing. “When we breathe deeply, it allows us to feel deeply,” says Denniston. “We don’t bypass the pain, we don’t bypass it. We go through it in an empowering way, to process it like fuel so we can release it.

My longtime yoga practice has helped me through a variety of difficult times, and I’ve found familiar poses—downward-facing dog, cat-cow—in Grief Yoga, but this practice is less traditional yoga and more of movement as a metaphor.

“I adapted it to areas where we might normally get stuck: anger, regret,” says Denniston. “Grief is as unique as our fingerprint…everyone experiences grief differently. Some in their backs, in their hearts, it’s stuck in their throats and they find it hard to express what they want and what they need. It gets stuck in the head, creating sleepless nights, anticipating a hopeless future, or stuck in the past. Grief can manifest in the jawbone and we cringe at night, or in the stomach , creating digestive problems.Many pent up emotions live in the hips.Sometimes people even talk about pain in the feet – their foundations have been shaken and it’s hard for them to walk and move forward.

Sessions begin with gentle movement and breathing before things get stronger and steeped in metaphor. You break the chains, you throw away the regrets, you raise your arms to the sky and ask why, why, WHY? (That one especially works for me once I get past feeling Tevye kvetching to God in fiddler on the roof.) Then you relax with hugs and loving-kindness meditation.

Grief manifests itself in more ways than we could have imagined before entering its dark tunnel, and its physical effects are perhaps the most surprising to many people. Any sort of physical activity can help you get through a wave of grief, but Grief Yoga specifically aims to help us feel pain, release suffering, and gather emotional strength for all that is. will happen in our lives.

How to Resist People Who Handle Kindly

How to Let Sorrow Grow and Keep the Dead Alive

Stigma of Depression: An Updated Perspective

‘Made me sick’ – How Liverpool’s record signing Nunez…