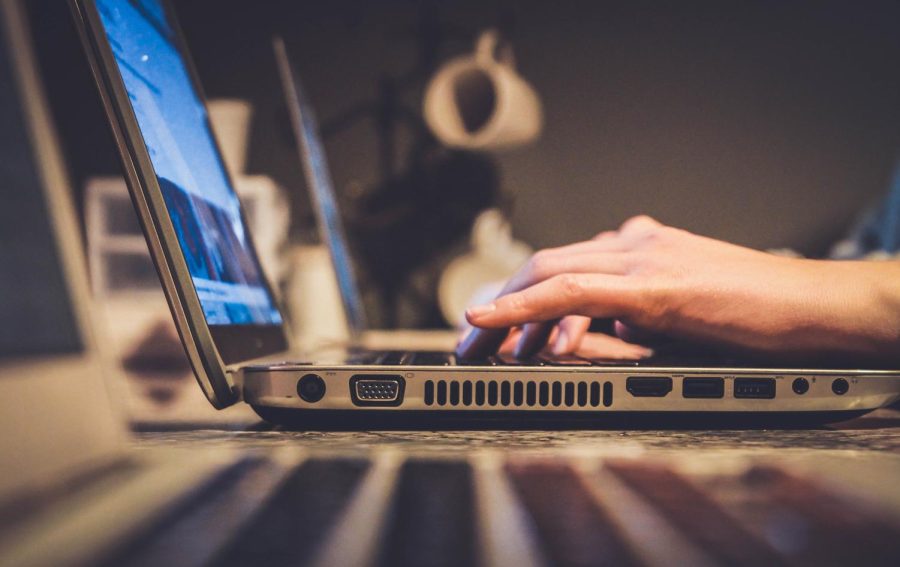 How to Deal with Online Trolls and Bullies – UNF Spinnaker

There’s a universal rule when engaging with trolls and bullies online: ignore them and don’t feed into their comments.

Social media is a platform designed for users to share content and participate in networking. The immediate responses – both positive and negative – come with social circles. Although online communities usually find a safe place to sit down and relax after a long day, there will always be spaces where trolls can infiltrate.

Social media platforms allow users to have a space to connect and talk freely about whatever they want. The effect of social media on the brain has negative and positive results. Users may find themselves endlessly browsing platforms such as TikTok and Twitter for hours. It’s an addictive activity, although it can be enjoyable, there are some downsides.

The publication of content on social networks allows all users of the platform to give their criticism or comment. In this case, rewarding stimuli are at play. For example, if a user posts an image of their own art and some users promote it in the comments, they will feel rewarded.

Dopamine is a neurotransmitter that the body creates, it accumulates to pleasure. Therefore, dopamine is not the feeling of pleasure itself, but the expectation before it occurs.

The nervous system uses dopamine to send messages to the rest of the nerve cells. In this sense, dopamine enhances these reward memories and signals areas of the brain to elicit an emotional response. It determines our mood, memory, concentration and movement.

Reacting to social reward in this aspect is normal. However, to avoid heartbreaking feelings when you receive a negative comment, it is best to avoid feeling reassured by positive comments. According to Frontiers in behavioral neuroscience“Reward processing encompasses neural reactivity associated with the anticipation and consumption of positive gains, such as monetary gains or social approval, as well as behavioral learning that motivates future actions. Disregarding how you feel about yourself is important in eliminating the nostalgic effects that negative comments have on mental health.

Social media plays into the principle of reward. It’s simple, a user posts a message and waits for the interactions to trigger. Every component of the brain works together to send out that happy little chemical for stimuli. Dopamine sends messages to the nucleus accumbens to process rewards and motivate behavior. The hippocampus is the center of learning and memory. The amygdala processes emotions. For reasoning, problem solving and social interaction is the frontal cortex. In terms of social media use, this rapid reinforcement of gratification activates the ventral striatum, which is the part of the brain that handles different cognitive uses such as decision-making, motivation, and reward.

What is the reasoning behind users engaging in trolling? There are various reasons why a person may engage in negative behavior. For the most part, it’s the pleasure of his willingness to be cruel and judge others for personal gain. It’s basically for entertainment purposes, specifically the power and strength a troll might receive when exhibiting negative social power.

Trolls sometimes enjoy the psychological distress they inflict on others. They can express these behaviors behind a screen; it is easier for them to indulge without facing dire consequences. Since their goal is to negatively impact others, if they see someone is annoyed or has a reaction, they continue the behavior.

The only way to really deal with trolling and bullying is to ignore them. Fueling their remarks only pushes them to do more and ultimately only hurts you. It’s not something you can do overnight. These types of social experiments take time, especially when it comes to restraint. If you feel you need to answer, try one-word responses or point out their tactics. It’s also always okay to block someone on your platform if that becomes a problem.

If you feel like online spaces have become overwhelming and some comments have been with you for so long that they affect your mental health, take all possible steps to back out. Blocking or banning trolls on platforms removes their hovering existence on your feed. Be sure to make reaffirmations for yourself. It can help ground you. Another way is to surround yourself with family and friends. Remember that negative feedback is only for the cruel entertainment of others.

If you feel stuck and want to discuss personal matters with professionals, check out the UNF Advice Center.

For more information or topical advice, or if you see an error in this story or have any compliments or concerns, contact [email protected].

Why has “narcissistic” become such a rude word?