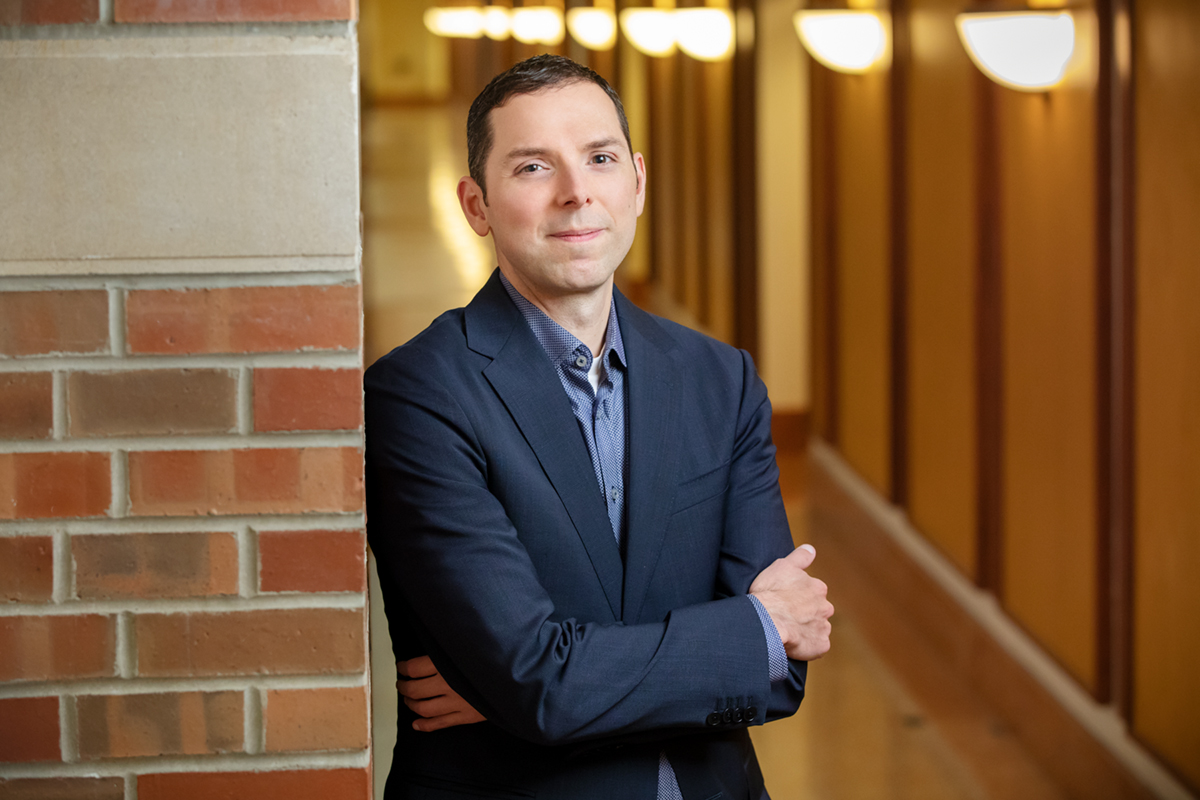 CHAMPAIGN, Illinois – In a new article, scientists suggest that efforts to understand human cognition should extend beyond studying individual brains. They call on neuroscientists to integrate evidence from social science disciplines to better understand how people think.

“The accumulation of evidence indicates that memory, reasoning, decision-making and other higher-level functions take place in people,” the researchers wrote in a review published in the journal Frontiers in Systems Neuroscience. “Cognition extends to the physical world and to the brains of others.”

Richard Patterson is Emeritus Professor of Philosophy at Emory University.

Edit embedded media in the Files tab and reinsert it if necessary.

The co-authors – neuroscientist Aron barbey, Professor of psychology at the University of Illinois Urbana-Champaign; Richard Patterson, professor emeritus of philosophy at Emory University; and Steven sloman, professor of cognitive, linguistic and psychological sciences at Brown University – wanted to address the limits of studying brains in isolation, out of the context in which they function and devoid of the resources on which they depend for optimal functioning.

â€œIn cognitive neuroscience, the standard approach is basically to assume that knowledge is represented in the individual brain and transferred between individuals,â€ said Barbey. “But there are, we think, important cases where these assumptions start to crumble.”

Take, for example, the fact that people often â€œoutsourceâ€ the task of understanding or drawing conclusions about complex matters, using the expertise of other people to guide their own decision-making.

â€œMost people would agree that smoking contributes to the incidence of lung cancer – without necessarily understanding precisely how it happens,â€ said Barbey. â€œAnd when doctors diagnose and treat disease, they don’t transfer all of their knowledge to their patients. Instead, patients rely on doctors to help them decide on the best course of action.

â€œWithout relying on experts in our community, our beliefs would be detached from social conventions and the scientific evidence needed to support them,â€ he said. “It would become difficult, for example, to know if ‘smoking causes lung cancer’, calling into question the truth of our beliefs, the motivation of our actions.”

To understand the role knowledge plays in human intelligence, researchers have written that it is necessary to look beyond the individual and study the community.

â€œCognition is, to a large extent, a group activity, not an individual activity,â€ Sloman said. â€œPeople depend on others for their reasoning, judgment and decision making. Cognitive neuroscience is unable to shed light on this aspect of cognitive processing. “

Steven A. Sloman is co-author of “The Knowledge Illusion: Why We Never Think Alone”.

Edit embedded media in the Files tab and reinsert it if necessary.

The limits of individual knowledge and human dependence on others for understanding are the themes of “The Illusion of Knowledge: Why We Never Think AloneA book Sloman wrote with Phil Fernbach, cognitive scientist and professor of marketing at the University of Colorado.

â€œThe challenge for cognitive neuroscience is how to capture knowledge that does not reside in the individual brain but is contracted out to the community,â€ said Barbey.

Neuroscientific methods such as functional MRI were designed to track activity in one brain at a time and have a limited ability to capture the dynamics that occur when individuals interact in large communities, he said. .

Some neuroscientists are trying to overcome this limitation. In a recent study, researchers placed two people face to face in a CT scan and tracked their brain activity and eye movements as they interacted. Other teams use a technique called “hyperscanning”, which allows simultaneous recording of brain activity in people who are physically distant from each other but interacting online.

Such efforts have found evidence to suggest that the same brain regions are activated in people who effectively communicate with each other or cooperate on a task, Barbey said. These studies also show how brains work differently from each other, depending on the type of interaction and the context.

Several areas of research are ahead of neuroscience in understanding and embracing the collective and collaborative nature of knowledge, Patterson said. For example, “social epistemology” recognizes that knowledge is a social phenomenon that depends on community norms, shared language, and a reliable method for testing the reliability of potential sources.

â€œPhilosophers who study natural language also illustrate how knowledge relies on community,â€ Patterson said. â€œFor example, according to ‘externalism’, the meaning of words depends on how they are used and represented in a social context. Thus, the meaning of the word and its correct use depends on the knowledge collected which extends beyond the individual.

To fill these gaps, neuroscientists can look to other areas of the social sciences, Barbey said.

“We need to incorporate not only evidence from neuroscience, but also evidence from social psychology, social anthropology, and other disciplines better positioned to study the knowledge community,” he said.