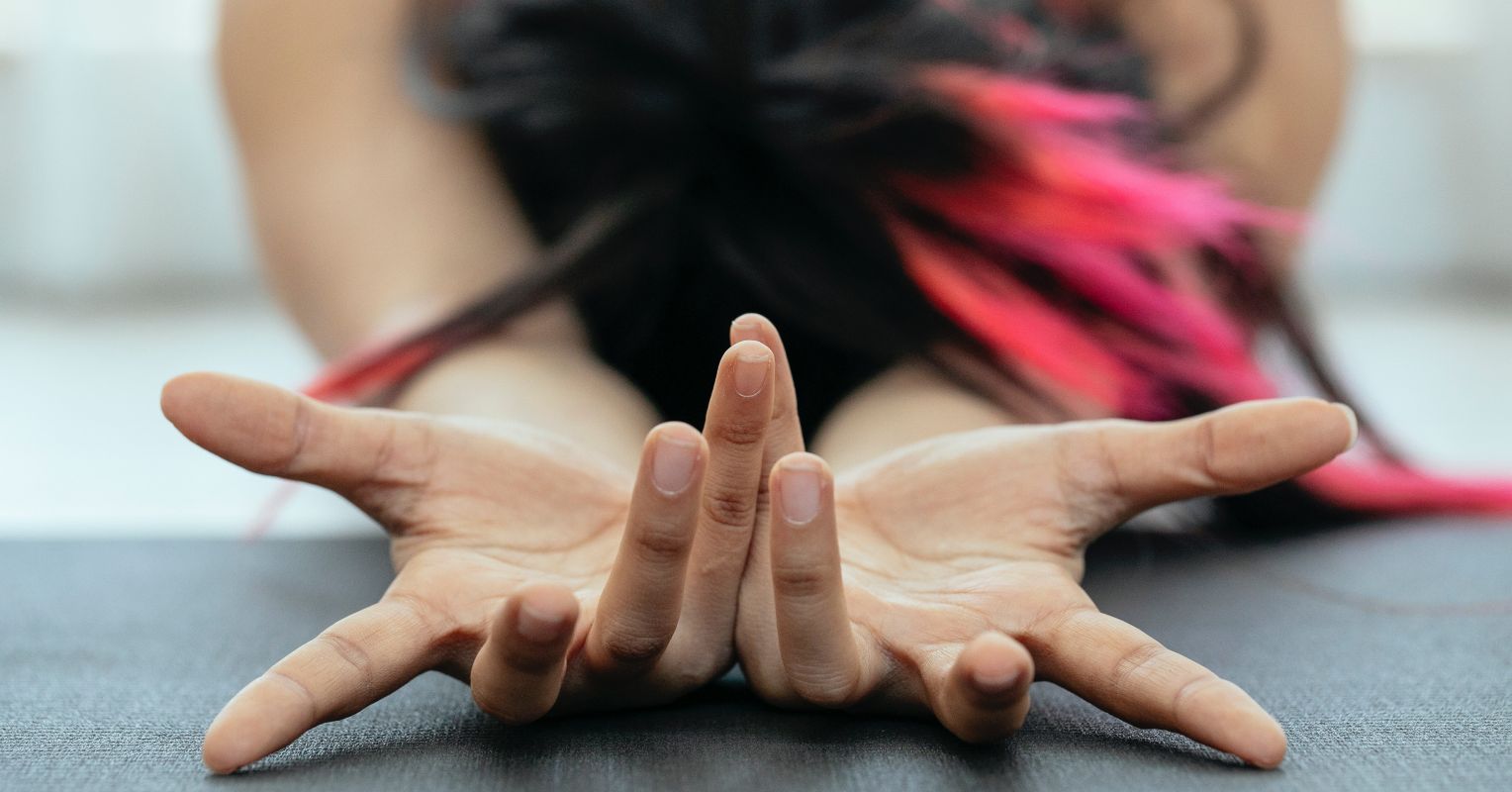 Borderline Personality Disorder (BPD) is one of many personality disorders, according to the American Psychiatric Association, which describes it as:

[A] pattern of instability in personal relationships, intense emotions, poor self-image and impulsiveness. A person with borderline personality disorder may go to great lengths to avoid being abandoned, have repeated suicide attempts, display inappropriate intense anger, or have a continuing sense of emptiness.

Although awareness increases and stigma decreases, BPD is often unrecognized and can be associated with great suffering (as well as positive experiences). According to the National Alliance on Mental Illness, about 1.4 percent of people have BPD, of which 75 percent are women, although rate estimates change over time with public recognition and awareness. .

BPD overlaps with other conditions, including Complex Post-Traumatic Stress Disorder (cPTSD), and may have dissociative characteristics, as well as being distinct from Dissociative Identity Disorder. BPD can be associated with depression, eating problems, substance use and alcohol problems, and relationship difficulties.

These conditions share basic characteristics, including attachment difficulties and altered self-awareness, which often interfere with daily function and treatment goals. Attachment, the quality of our relationships, whether secure or not, is increasingly proving to be a hallmark of illness and health (Herstell, et al., 2021).

BPD is associated with insecure attachment, particularly the disorganized subtype, with shifting patterns of approach and avoidance in relationships typically driven by limited self-awareness or the ability to regulate emotions and behaviors. The main difficulties relate to â€œsocial cognitionâ€ or â€œmentalizationâ€ – the ability to â€œunderstand and interpret one’s own behaviors and those of others based on underlying mental statesâ€ (Pourmohammad et al., 2021). Problems with consciousness and naming of emotions (“alexithymia”) coupled with a limited capacity for “theory of mind” (TOM) characterize BPD. Alexithymia interferes with self-understanding and communication with others about feelings and desires.

TOM, a key aspect of social cognition, comprises “two main processes of identifying cues in the social environment and interpreting these cues”, covering both emotional or “affective” TOM and cognitive TOM , pertaining to understanding the motivations and beliefs of others. The two types of TOM parallel two types of empathy: cognitive and affective. Compassion parallels the ability to act on empathic attunement to alleviate one’s own suffering and that of others, also problematic for those with trauma, attachment issues, and self-integration difficulties, who have tendency to regard the motivations of others as their own without realizing it.

Deepening our understanding of TPL to reinforce constructive change

Although many of these factors have been studied, a better understanding of the relationship between TOM and alexithymia would be helpful. Work recently published in the Psychiatric Research Journal (2021) examined these factors in a group of 50 patients with BPD compared to a matched group of “healthy controls” (HC) without BPD or other significant problems, including women and men.

Several tests were administered: the Mind-Eye Reading test, which reflects the ability of people to distinguish mental states by looking at others; the Faux Pas Test, which asks participants to determine their intentions based on the social blunders described in the test accounts; the Toronto Alexithymia Scale, which examines three aspects of difficulty identifying feelings, difficulty describing feelings, and outward-facing thinking; and the Digit Span Test, a measure of auditory attention, categorization and processing. Scores on these validated assessment instruments were analyzed for significant differences between BPD and HC.

First, the BPD group and the SCs were found to be similar for all demographic variables (age, sex, job, marriage, etc.), except that the CSs had a higher level of education on average. A subset of participants in the BPD group had a history of substance or alcohol use disorder or an additional personality disorder, and about half had some other psychiatric disorder.

In the misstep test, BPD patients had difficulty telling which stories the missteps were, with lower emotional and cognitive TOM. Interestingly, both groups were also able to recognize stories in which there were no missteps. The problem was catching social blunders, but BPD patients did not misinterpret appropriate social behavior as awkward or inappropriate in any way.

For alexithymia, people with BPD in this study had difficulty identifying and describing feelings about HC, but were the same as HC on outward thinking. There were no significant differences in the reading of the spirit in the eyes between BPD and HC. Generally, female gender was correlated with better mind-to-eye reading performance for people with BPD, as was education level. Lower attention was associated with decreased mind-eye reading and, importantly, higher mind-eye reading was correlated with more outward-oriented thinking (inversely correlated).

These findings reflect the current understanding of BPD, where understanding and interpreting one’s own motivations and behaviors and those of others is emotionally and cognitively difficult, making social decision-making and judgment quite difficult by undermining accurate recognition of information. emotional as well as attributions. intentions and values.

Those familiar with BPD, cPTSD, dissociative disorders, and related conditions are unlikely to be surprised by these results, but hopefully they are helpful in further articulating important factors. Additionally, understanding mentalization and emotional function is largely important, as the same processes that contribute to BPD also underlie human behavior more generally.

Lack of awareness, especially in the absence of awareness, but even when people want to be more specific but don’t really know how to do it, leads to problems, which in turn tend to make matters worse. This is compounded by difficulty recognizing social missteps, making it more likely for a person to find themselves in problematic social situations, more difficulty fixing relationship missteps, and easier to throw in the towel at once. out of frustration and mistrust or misjudging others as being more malicious or incompetent than they actually are1.

Even more poignant for people with developmental trauma, abuse, and neglect (which overlap with BPD), treatment requires patience and compassion to distinguish the distortions from concrete concerns about dangerous people. It can be difficult to know which warning signs are really danger signs and which are not.

When others are constantly misinterpreted, they feel misunderstood – people with BPD may not understand or understand this as easily – resulting in break-ups. Mutuality becomes very difficult when mentalization is diminished, which makes it very difficult to resolve or live with conflicts. Making negative attributions of the intentions of others makes it difficult to remain stable and present, adding to emotional misinterpretation when things go wrong, leading to painful cycles of mistrust and betrayal, break-up and reunion and, sadly, often loss. .

While the challenges are great, the situation is encouraging. Understanding the specifics of where things go wrong in TPL is helpful and can be rewarding, as change efforts are most effective when they target key functional areas. Trauma-focused therapies, Dialectical Behavioral Therapy (DBT), mentalization-based therapy, relational and attachment-based therapies, including contemporary longer-term psychoanalytic approaches, and additional approaches such as mindfulness, acceptance and compassion-based work have been demonstrated. to help people live with and overcome BPD and related issues.

Medication can play a supportive role, relieving symptoms of depression and anxiety and improving stability, allowing change efforts to take hold. Treatments for BPD, regardless of the specific type, focus on identifying fundamental issues and practicing specific, focused skills, as well as working on the overall context of how one relates and self-regulates. . Taking care of yourself is an important part of developing your self-concept.

The treatment alliance, which is sometimes difficult to establish, especially if there are perceived or real missteps early on, is critically important in setting the stage for long-term gain with a sufficiently secure relationship, just like establishing effective coping strategies to manage distress and hopelessness, which can arise throughout labor.

how to make yours stronger than ever