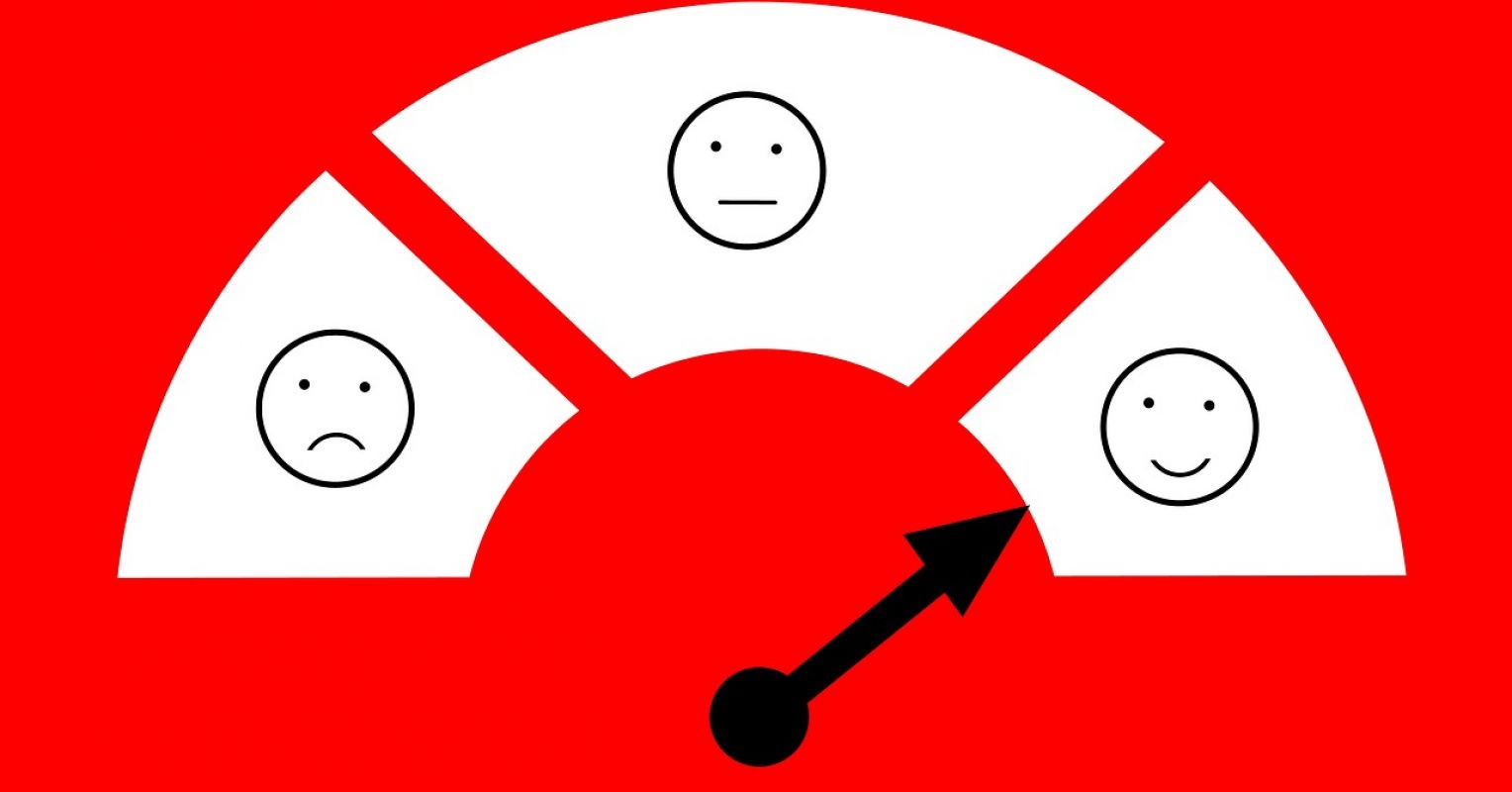 Have you ever had to go wrong with others to cover up your true feelings? Maybe you’ve had a bad day, but your job requires you to do what’s called “emotional labor” in which you pretend to your coworkers, friends, or clients that everything is fine. Conversely, you may decide that a situation requires you to show not positive, but negative emotions. You might want to let a salesperson know that you are not a pushover, so that you act more sullen than you otherwise would.

People can appeal to all types of emotions in order to shape situations in the way that will best serve them. At the same time, people’s emotions can be shaped by the situation. You’ve tried to maintain your composure with someone who is rude or mean to you, but at some point you can’t contain your anger anymore. It is also possible that a positive emotion is generated by events. You’ve worked hard on a particular home improvement project, and when you admire your work, you can’t help but feel a certain degree of pride. This positive feeling is amplified when a parent visits you and praises your hard work.

These examples show that emotions can be used both as reactions to events and as instruments you use to solve a problem or change a situation. The idea that emotions are “tools” is the underlying premise of a recently published study by Aaron Weidman and Ethan Kross of the University of Michigan (2021). In the opening of their article, they note that, as tools, “emotions… are responses that help people solve context-specific problems in social life”. Moreover, if emotions are tools, “then they are most usefully deployed (experienced or expressed) in contexts in which their functional goals match situational demands”. In other words, you are using emotions as tools because you think they will work. Just as you would take a hammer to nail a hook to a wall rather than a screwdriver, you could use anger to help you try to get more out of a negotiation.

The question of whether emotions can be considered tools leads to the next theoretical twist. Are people more likely to use one set of emotions than others, and which are the most effective? The authors felt that it might make more sense for people to try and generate pleasant rather than unpleasant emotions just because, for example, it is better to be happy than to be unhappy. Indeed, the research cited by the team on emotion regulation shows that 90% of studies in this area focus on people’s needs to get rid of negative emotions such as frustration, envy or anger. .

The “pervasive preference for positive emotions” suggested by this research would imply that people would try to use them as tools, proactively, because they feel they are “worth feeling”. The initial prediction guiding the first of the six studies, consistent with the arguably greater value of positive emotions, was that people would more frequently choose to feel good about their emotional toolbox than to choose to feel bad.

Whether or not a tool works, however, reflects its ability to solve the problems it was meant to solve, just as the hammer would be the method of choice over the screwdriver. The second question Weidman and Kross therefore addressed was whether people would feel better or worse after generating positive or negative emotions.

The predictive value of using positive emotion tools, the University of Michigan psychologists continued, would be whether or not it felt “authentic” for people to try and derive pleasurable feelings from. of this toolkit. Think back to this example of emotional labor. It’s exhausting having to smile when you want to frown. In the words of the authors, “the use of a positive emotion as a tool can produce feelings of inauthenticity, in the sense that one can simulate or force an emotional experience which does not correspond to a true inner experience” . This “surface action” can lead to a multitude of negative outcomes, including anxiety, stress, and even a tendency to engage in “unwanted behavior”. The emotionally exhausted employee could, according to this logic, act in so-called counterproductive work behaviors such as stealing office supplies or cheating on an expense report.

See what’s in your emotional toolbox

The basic framework of Weidman and Kross’s research involved comparing positive and negative emotions as tools and reactions using feelings of authenticity as a key mediating factor. Participants in these studies ranged from college students to adult online samples, and the authors used a mix of methods.

In one of the most intriguing studies in the series, participants performed real-world exercises, called ‘experiment sampling,’ in which they followed a series of pre-defined instructions that they were required to perform over a period of 2 weeks. Each participant’s instructions involved positive or negative emotional content, but all participants were instructed to record situations in which they initiated an emotion to perform a function (“emotion as a tool”) and those in which their emotion was a response to an event over which they had no control (“reactive”).

You can see what it was like to be in this part of the study by reading each set of instructions (excerpt):

Emotion as a tool:

As you go through your day, think about the emotions that would be helpful in any situation you encounter. When you identify an emotion that could be helpful, we would like you to intentionally feel that emotion.

As you go through your day, allow yourself to feel the emotions you feel in every situation you encounter. If an emotion strikes you, you don’t need to put in the effort to change or deal with it.

Moving on to the second experimental part, you can now ask yourself the following question by exploiting your degree of authenticity at each encounter: “To what extent did you feel like your real and authentic self during the situation?” “

If you were to track your emotions using this set of assessment criteria, you could most likely see a pattern emerge as to whether you felt more or less like your true self in the Positive Emotion Tool or the Negative Emotion Tool. scenarios. How about reactive emotion experiences. Have you noticed a difference? What about how everything turned out for you?

Regarding the results, the main point of synthesis of all the studies in the Weidman and Kross survey was that, as the authors predicted, the participants found the experience of forcing their positive emotions less beneficial than the experience of digging into their negative emotional toolbox. The key factor, again as expected, was the sense of authenticity. In the words of the authors, “this paradoxical effect may arise in part because the use of positive emotions as tools promotes painful feelings of inauthenticity.”

Unfortunately, however, the authors note that people are more likely to try to bring up positive emotions that they don’t necessarily feel because they think they are more effective tools for improving their situation, leading to “these. emotions to feel sour ”. Likewise, because people are reluctant to use their negative emotions as tools, they fail to capitalize on the benefits that these could provide when appropriate for the given context.

What to do with your new emotional tool

Just as you might turn to an instruction manual to learn how to use a new tool, these findings provide you with not new, but at least revised, ways to bring the right emotional strategies to situations in your life. Perhaps you have discovered that when you took stock of these positive experiences of emotions as tools in your life, you realized that you were putting a screen between your inner feelings and their outward expression. The cost of sustaining that false sense of optimism becomes the opposite of what is expected and you are more miserable than you were in the beginning.

These findings are consistent with the critique of happiness research that pits the search for meaning in life against the need to be constantly optimistic. As you forcing yourself to try to feel what you are not, your search becomes more and more frustrating.

However, inducing positive mood can indeed be beneficial, and the results do not suggest that you are trying to make yourself miserable all the time. Instead, thinking back to that hammer-and-screwdriver analogy, the best use of your emotional tools indeed seems to be quite comparable and the tool needs to be tailored to the situation.

To summarize, being able to take stock of the emotions you use to approach your daily experiences can provide you with a starting point so that the tools you use are the ones that give you the greatest sense of fulfillment.

Why healthcare workers are at their breaking point