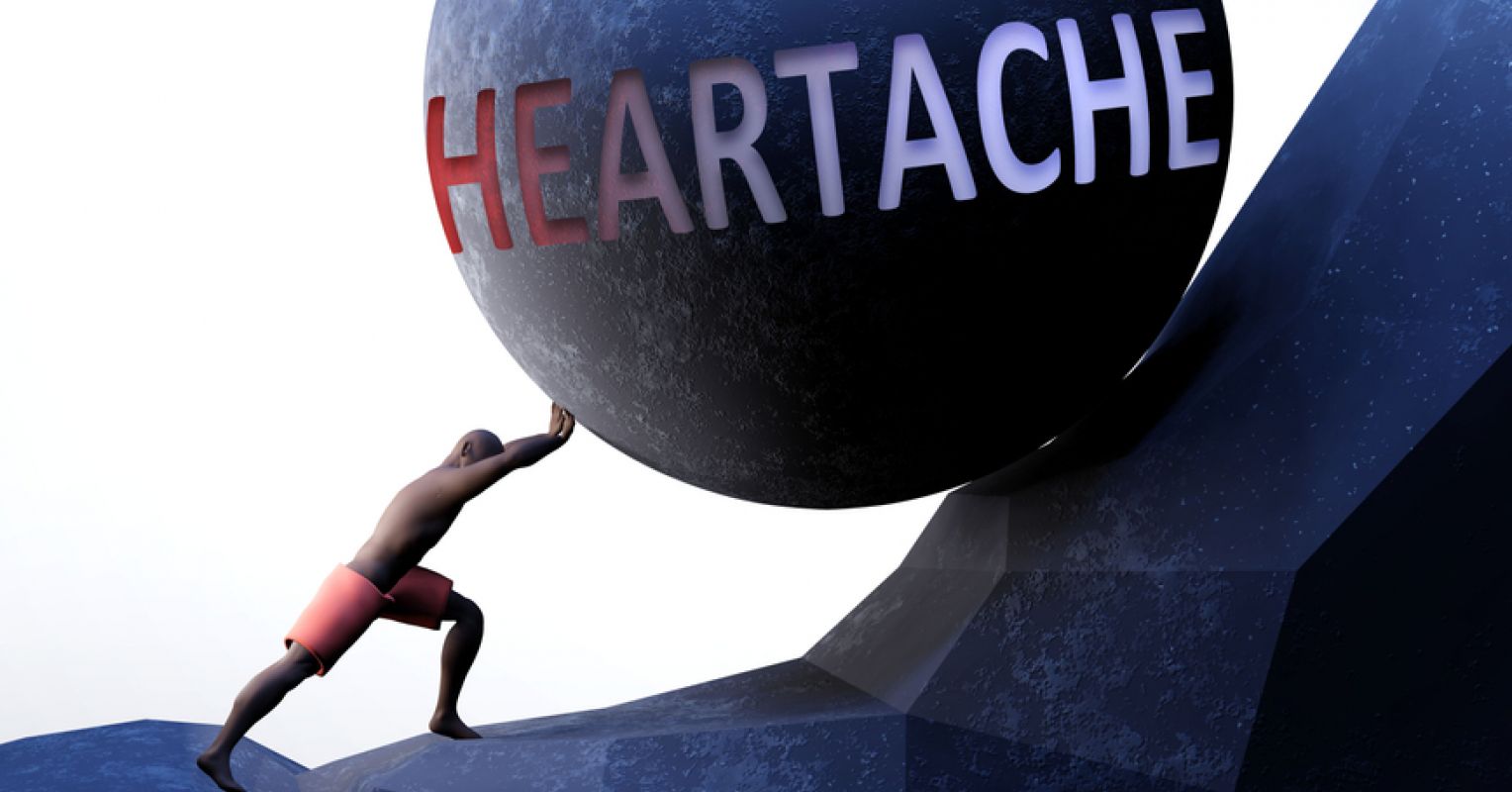 Where do broken hearts go? Guys are looking for “Heartache” online help

A unique new study (Entwistle et al., 2021) has cataloged the language patterns and word choices that men and women use when anonymously seeking relationship advice from strangers online. These results were recently published in the peer-reviewed journal Journal of social and personal relationships.

This article shatters some gender stereotypes by showing that, in general, men experience more emotional pain during breakups than they openly admit in real settings, where the risk of negative social repercussions is generally higher.

For this study, lead author Ryan Boyd and colleagues analyzed the demographics and language patterns of 184,631 men and women seeking relationship advice on Reddit. According to the researchers, this is the first-ever big data analysis of the language used by “relationship help seekers” on Reddit, publicly accessible and anonymous. r / relations discussion forum.

“Our results suggest that, unlike more traditional contexts, men are more likely to seek help with their online relationships. [and] are more expressive of their emotions (eg discussing the topic of ‘heartache’), ”the authors explain. Words like “heartbroken”, “regret”, “cry” and “breaking up” were frequently used when male Redditors asked for help coping with their heartache.

Men are more likely to mention “heartache” and “emotional hurt” on Reddit.

The r / relations The subreddit forum describes itself as: “A community built around helping people and with the aim of providing a platform for advice on interpersonal relationships between Redditors. We are seeking posts from users who have specific relationship dilemmas and personal issues that other Redditors can help them try to resolve. ” When there is little to no risk of social repercussions, men who seek relationship counseling from other Redditors are willing to put their hearts on their sleeves and openly discuss the pain and hurt of grief. of love.

This subreddit forum is a massive online community with over three million members. It gives social psychologists rare insight into how men and women really feel that they are based on natural language data in a “moderately personal” anonymous setting. 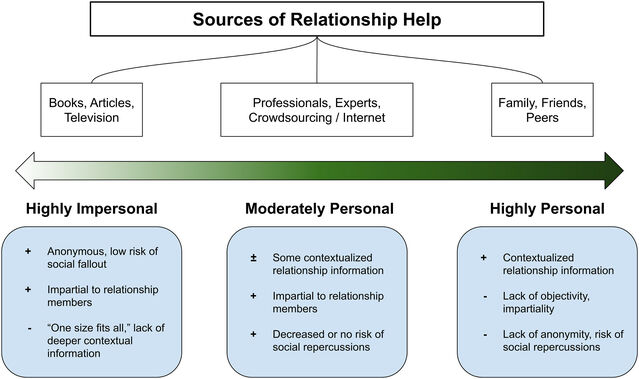 Figure 1. The personal-impersonal dimension in relation to the sources of relational help. To note. Sources through which relational help-seeking occurs, varying in degrees of personal knowledge and connection with help-seekers.

“Most of what we know about relationship problems comes from studies of people in couples therapy, which includes a fairly specific subset of people – people who have the time, money, and motivation to work. about their relationship issues, ”said first author Charlotte Entwistle. in a press release. “We wanted to understand not only which relationship problems are most often encountered by the general public, but who has the most which problems.”

“As we conducted the study, we realized this was an important opportunity to test many common ideas about gender differences in relationships,” Boyd added. “For example, are men really less emotionally invested in relationships than women, or are men just stigmatized for sharing their feelings?”

Unlike typical gender distributions found in offline environments where women are more likely to seek relationship counseling from a professional therapist, 54.62% of r / relations users were men and 45.38% were women. As might be expected, people posting to the r / relations The platform tended to be considerably younger (average age 24) than middle-aged adults, who are more likely to seek relationship help through offline channels.

“Traditionally, women are more likely to identify relationship problems, consider therapy, and seek therapy than men,” Boyd noted. “When you remove the traditional social stigma against men for asking for help and sharing their emotions, however, they seem just as invested in the tough times in their relationships as women do.”

This research also shows that during adolescence, more boys (NOT = 5,447) ask for relationship advice on Reddit that teenage girls (NOT = 1.828). “While our exploration of demographics provides a new perspective on who seeks relationship help online, we note that these results may also simply reflect the more general makeup of Reddit, which leans toward young men,” the authors write. .

Girls may also be more likely to share contextualized relationship information with friends without fear of risking the negative social repercussions associated with discussing very personal matters without the veil of anonymity. On the other hand, boys may turn to Reddit because the platform’s anonymity reduces vulnerability and lowers their risk of embarrassing social repercussions.

Men tend to use more of the “us words” when talking about heartache. Women, in general, use more “I-words”.

The latest study (2021) on the nature and substance of seeking help from strangers online via Reddit r / relations platform highlights some linguistic markers for attachment styles. In this sense, previous research (Haydon et al., 2014) has shown that, on average, women may be more prone to preoccupied attachment than men.

“In contrast, men showed more consistent speech patterns with a secure attachment state: greater use of us words, affiliate words, and positive emotion words, associated with lower rates of I words, ”they add. “However, some patterns indicating disdainful attachment were present in men (compared to women).”

“I know it’s been a while, but I have something on my mind. I haven’t been the same since that cold November day. We said we needed space, but all we found was an empty place. And the only thing I’ve learned is that I desperately need you. No matter how I try, you’re always on my mind. “—Whitney Houston,” Where Do The Broken Hearts Go? ”

Looking at the use of “I-words” versus “we-words” in Whitney Houston’s song “Where Do Broken Hearts Go?” is a pop culture example of how the use of pronouns can reflect someone’s attachment style. Much of the language of this song (eg, “No matter how I try, you’re always on my mind”) could be interpreted as reflecting a female protagonist experiencing a preoccupied attachment.

That said, while the latest research suggests that women may be more prone to preoccupied attachment states – and that men, in general, may lean toward a more secure attachment – this Reddit study did not establish any metrics. attachment style based on “I-talk” versus “we talk.” (See, “We-Talk is related to healthier, happier relationships.”)

“We do not know to what extent various attachment styles have self-selected in the r / relations platform, which potentially distorts the representativeness of our sample, ”explain the authors.

More research is needed to fully understand how gender and gender stereotypes influence the language patterns of men and women when seeking relationship advice online. “We are optimistic that future research will be able to further improve and refine our analyzes, providing even more in-depth information on timing, life cycle and moderating factors that influence when, where, why and how. people seek help with their interpersonal relationships, ”the authors conclude.

Why healthcare workers are at their breaking point