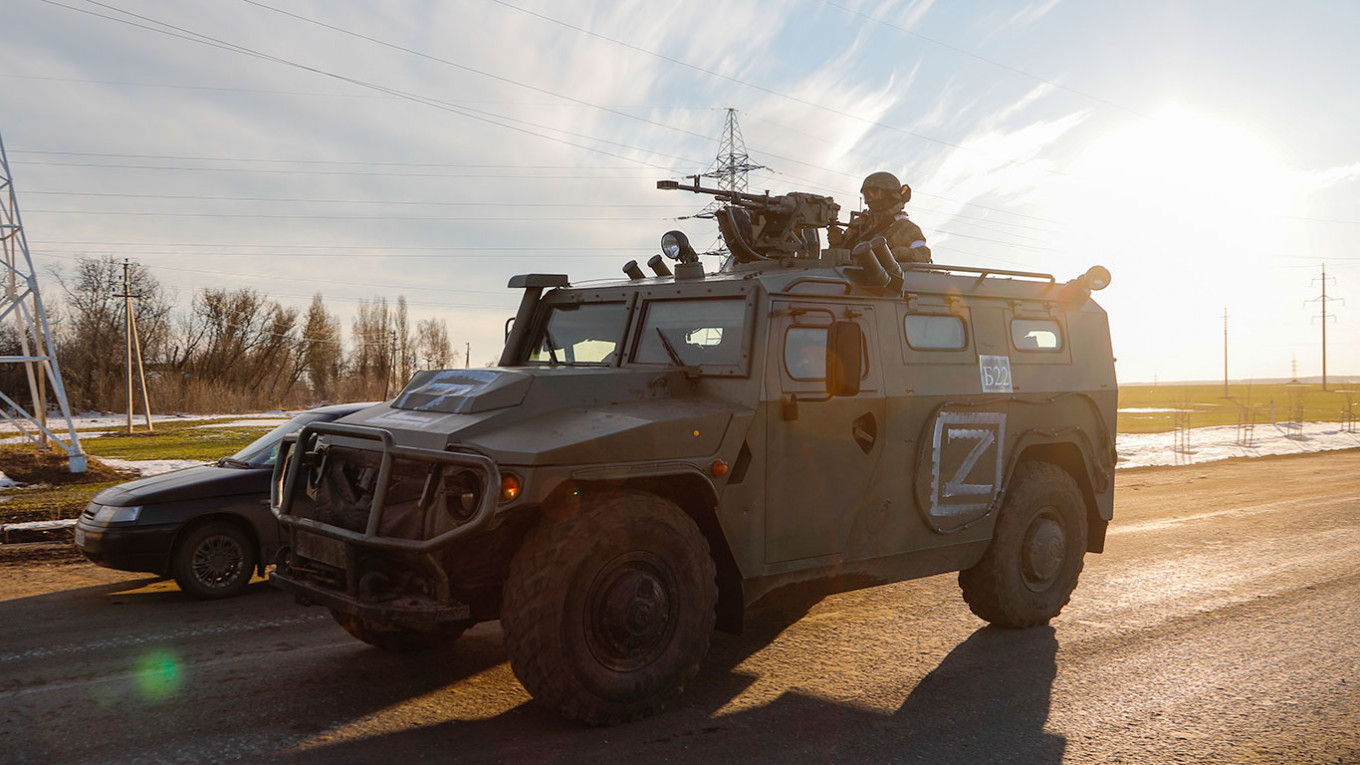 Why the Russians are Putin’s hostages

Russia has started an invasion of Ukraine. Which seemed impossible: “Do the Russians want war? But of course not, never” — it happened. A person who is ready to turn Russian boys into unknown soldiers and, in the absence of aggression against Russia, cynically appeals to the memory of World War II, uses it as a historical shield to defend himself.

The “bombardment of Voronezh” has begun. The evolution of Russia’s political regime has reached the stage where its authoritarian character has accomplished the impossible: converting a hybrid war with Ukraine, and indeed with the West, as well as with its own people, who during long years only knew the television war, in a more specific hot phase.

Putin is an armchair expert with the credentials of the president of a nuclear power. And besides, it was largely because Ukraine ceded its nuclear weapons to Russia that Crimea remained in Ukraine in the early 1990s. For this salon expert, it is not enough to govern in his own country, where he has completely suppressed the opposition and civil society, he needs the whole world.

At the moment this world does not live by its rules, but now there will be an operation to impose life by these rules without rules. As Putin said, the “Soviet totalitarian regime” incorrectly divided the territory of the empire, limiting the rights of ethnic Russians, and now the time has come to redistribute the territory of the empire again – already a old empire.

An “escalation at the border”, a provocation organized by the Kremlin itself, serves as a pretext for the invasion. This old Stalinist recipe. As in the case of Finland in 1939, the most important task of a military campaign, a minimally rational objective, is absent.

In Putin’s speech there is a motif with historical resonance from that year 1939, when in September Western Ukraine and Western Belarus were annexed and Poland dismembered. It is the concept of the “liberation” of brotherly peoples from a hostile government, in Putin’s words, “the protection of the people”. In the case of 2022, the external force will determine for the people, who chose a president for themselves in free elections, what type of leadership they should have.

The ‘demilitarization’ and ‘denazification’ of Ukraine – this same Stalinist motive of ‘liberation’, the portrayal of the legally elected authorities of a foreign country as enemies of its own people, in Putin’s words , a “junta”. And referring to the UN Charter and international law in this situation seems, to put it delicately, completely inappropriate.

“Strength and the will to fight are the foundation of independence and sovereignty” – this is truly something amazing. Putin simply turned the idea of ​​sovereignty into a fetish, a justification for war. This goes back to extremely archaic thinking from the first half of the 20th century. The idea of ​​an “attack” on Russia, when no one is attacking it, is primitive, but for the indifferent majority of the population, it is a sufficient explanation for Putinist militarism.

The cynical camouflage of aggression with the memory of the Great Patriotic War (World War II) is also a predictable tactic. In preparation for the invasion, Putin laid wreaths at the Tomb of the Unknown Soldier.

A person who is ready to turn Russian boys into unknown soldiers, moreover, in the absence of any aggression towards Russia, appeals to the memory of this great war, using it as a historical shield to defend himself. And he covers himself with a human shield, made up of those who should have lived and not died, worked peacefully and not fought. For Putin, the people of Russia are a cartridge, a disposable material to dull the phantom imperial pains that torment him.

The so-called elites have discovered their managerial impotence in a rigidly authoritarian regime. None of those around Putin could stop the war, or even influence in one way or another this catastrophic decision of the president. His war cabinet only acquiesced amid stammering. The ‘Politburo’, seated at a respectful distance from the President, has been introduced to the world and has now been ‘anointed’ with overall responsibility for the war.

These people not only made history, they set foot in it. Nobody asked the question to the financial and economic elites, who now rake in the consequences of the war. such is the real influence of these people on the most important political decisions — absolutely zero.

Since the crackdown on protests in early 2021, there are no figures left in the Russian government capable of contradicting Putin. The last brick was put in place in the house of autocracy.

The extreme cynicism of Russian propaganda, which ridiculed the very threat of invasion and the “hysteria” of the West, should have become obvious to Russians themselves. But they will be wrong, to justify their authorities, they will try not to see what is happening as war and Russian aggression, and they hope for a quick peace. Such are the contradictory qualities of Russian public opinion.

What is happening resembles the Crimean campaign. But it’s worse than Crimea, because this time the case will not be solved “without a shot being fired”. Because Russian boys will put their lives in danger not for the fatherland, not to repel the attack of an aggressor, but for the arrogance of a political regime that has turned Russia into a world pariah, an international spoiler , a global nightmare.

Reactions to the Russian invasion of Ukraine

For the “cheerful” Russians, a lot will change. The Russian ruling elite is not afraid of sanctions. They have nothing to fear, but the standard of living of ordinary Russians may well deteriorate considerably, as well as their way of life, their psychology, their education and their understanding of right and wrong. The Russians are now completely identified in the eyes of the world with the Kremlin. Discredited by the Kremlin. They are now on the side of evil, and if their national psychology allows them to justify war, it will mess up the nation, make it dysfunctional, unconstructive, uncreative.

War and its justification mark the degradation of a nation, spiritual degradation above all, but also social and economic. Putin has pitted his nation against the world, holding Russian citizens hostage to ideas hard to imagine in the 21st century. The global spoiler has become a global aggressor.

One of the most important characteristics of the Putinist regime is the games it plays with semantics, its ability to reverse the meaning of concepts. The concept of “human rights”, for example. Worse, the regime describes the war as “peace” and the aggression against the rules of the civilized world as a denazification and demilitarization operation. Demilitarization by military means – this is a very specific technology.

In Putin’s mind, someone has held Ukraine hostage. In fact, it is the Russians who are Putin’s hostages. On February 24, they woke up in what seemed like the same Putinist Russia – but in fact they are now in another country, where the way of life and mass consciousness will change dramatically. What happened is much more serious in its political, moral and psychological consequences than the operation in Georgia in 2008, the Crimean campaign or the war in Donbass in 2014-2015.

Of course, average Russians, the “lazy militarists” who watch the war on television or on their computer screens and listen to the history lectures of the Commander-in-Chief, have not yet realized this. Realization will come later. And maybe they’ll even sober up.

This article originally appeared in The new times.

Opinions expressed in opinion pieces do not necessarily reflect the position of The Moscow Times.

Judge a dictator by his face