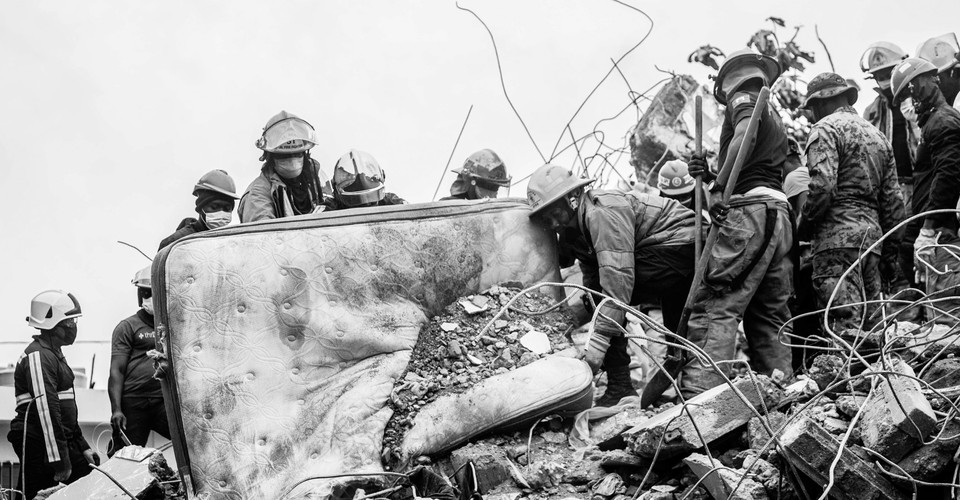 Will pandemic fatigue change the way we deal with disasters?

Last week, psychologist Steven Taylor was at a socially distant reunion with relatives and friends when the conversation turned to chaos in Afghanistan. Someone mentioned the sickening images of desperate Afghans hang on to American military planes upon departure. Then a man made a remark that caught Taylor off guard: The videos, he said, were funny. Others have accepted.

Taylor was appalled. It was one of the most disturbing things he had heard all week. Worse yet, he doesn’t think it was an isolated case of occasional sadism. Taylor is studying disaster psychology at the University of British Columbia and knows how intense and sustained stress can desensitize the mind. What worried him most about the incident was what he suggested regarding the effects of the pandemic on our experience of other disasters and, more broadly, our ability – or inability – to demonstrate. empathy.

For almost two years now, the world has been living with a pandemic. The pain was not distributed evenly, but virtually everyone has felt the pain in one way or another. Meanwhile, the basic pace of the global catastrophe has not weakened. Forest fires filled the sky with smoke; earthquake razed towns; buildings collapsed without warning. So it’s worth asking how, if at all, the most universal disaster is changing the way we deal with these crises and how we will respond to disasters for the rest of our lives.

To read: A mental health crisis is burning in the American West

The question is really two questions: one about the victims of future disasters and the other about the observers who will watch these disasters unfold from a safe place. The first question, at least, has a fairly simple answer. After surviving a disaster, Taylor told me, a minority of people become more resilient, so if another disaster did occur, they would be better able to cope. For most people, however, stress gets worse: surviving one seizure increases the risk of having an unhealthy psychological reaction to another. In California, a state that now burns on an annual schedule, wildfire survivors I spoke with said they felt “haunted” by subsequent fires.

“There is a sense in which people’s adaptation reserves are sort of finite entities,” says Joe Ruzek, PTSD researcher at the University of Palo Alto. â€œSo if you have to deal with a lot of thingsâ€ – as so many people have done in the last year and a half – â€œyou can kind of decrease your resources.â€ In this way, the pandemic has made everyone more vulnerable to the psychological effects of tomorrow’s earthquakes, mass shootings and pandemics.

Read: Two disasters are exponentially worse than one

The second question is more delicate. For those of us fortunate enough to observe a disaster from afar, the experience of having lived one before might make us more empathetic towards the survivors. Or it could leave us tired to the point of hardening us, like the people who said at the Taylor meeting that they found the Afghanistan videos funny. At this point, psychologists have told me, which of these effects prevails is a puzzle.

In his research on post-disaster empathy, Kang Lee, a developmental neuroscientist at the University of Toronto, has find that children as young as 9 years old can become more generous in the aftermath of disasters. The caveat, he says, is that most studies in the region have focused on short-term disasters with clear beginnings and ends, such as earthquakes. Few, if any, address long and protracted disasters, such as pandemics. â€œThis,â€ he says, â€œis very new to psychologists. “

To assess the effects of the pandemic on generosity, Lee suggests looking at data on charitable giving – a flawed but nonetheless useful barometer. Indeed, in 2020, despite a severe economic downturn and mass unemployment, donations to the United States reached a record level. But philanthropy experts predict a back to normal this year, which would mirror Lee’s findings on children and short-term crises: over time, he and his colleagues have observed that children tend to return to their usual level of generosity. He suspects that in the later stages and in the aftermath of a pandemic, with its roller coaster ride and dizzying uncertainty, people may be less inclined to empathize.

This can be especially true when the people who need empathy are far from the people who have the resources to help them, for example, by Haiti or Afghan. In unpublished research, Lee found that racial and national prejudices tend to increase after disasters. When human reserves of generosity run out, we give what little we have to people who look like us and live where we live. Maybe when they get down low enough, you can even laugh at the fleeing masses clinging to a plane halfway around the world.

People “are just exhausted,” Taylor said. “They’ve had enough atrocities and stress right now, and they just don’t want to hear about it anymore.” He doesn’t think the people he met last week are unique. “My concern,” he said, “is that a lot of people just turn this stuff off.” If so, if fatigue in fact overwhelms empathy, that would be a grim and ironic outcome: disaster survivors more vulnerable than ever to trauma, bystanders less willing than ever to help.

Whether that happens in the immediate future, Lee, for one, isn’t much concerned with more extreme coldness calcifying into the norm. In his research, he found that the effects of disasters on empathy were short-lived. If he’s right, the pandemic is unlikely to change us, at least in this particular way. We will neither be more hardened nor more attentive to the suffering of others. And it is both very reassuring and not at all reassuring.

Elimination of copayments doubles visits to the psychologist and decreases suicide…

Want to ring and feel more confident? Drop These 11 Phrases From Your Vocabulary,…

Signs of depression in women: the opinion of a psychologist